Cultivate an atmosphere of courage, wisdom, and innovation that is unparalleled

Impact the cities we are in for generations to come

Pathfinders’ vision is to

Pathfinders hosts world-class networking breakfasts. These inspirational events bring together over 500 marketplace giants in San Diego to grow their influence in their sphere of culture. At these breakfasts, many leaders choose to sponsor a table and invite their staff to attend; all to encourage a sense of personal and professional growth within their organization.

An elite group of Pathfinders professionals is selected to join this mastermind for weekly in-depth training, contests, and conversations on the culture and skills to expand their territory and create wealth. These Pathfinders obtain the wisdom and the knowledge to impact the city of San Diego for generations to come. Click here to see if you qualify for the Apprenticeship and to apply.

Every quarter, marketplace leaders gather to connect and find community with other business professionals and receive in-depth teaching on the culture we carry into the marketplace.

Born in Germany, Jurgen grew up in Sydney, Australia with his parents and brother. As a student in primary and high school, Jurgen was always entertaining his fellow classmates, getting into trouble, and solidifying himself as the class clown. Sports came quite easy to Jurgen and as a teenager, he picked up surfing and seemed destined for greatness in the surf community.
At the age of 17, he was invited to a surf event put on by Christian Surfers where he met God, got saved, and had his life changed forever. With a growing passion for God, Jurgen enrolled at Hillsong Bible College where he attended for 2 years. After finishing college, he left beautiful Sydney to move to South Auckland, New Zealand to help start a Hillsong church plant. Jurgen met his wife Leanne in Sydney, Australia when Jurgen was serving as a youth pastor for the church Leanne attended.
In the fall of 2004, Pastor Phil approached Jurgen and Leanne about starting a church in San Diego, California. Having never even been to San Diego, they both were hesitant about moving but it didn't take long before God confirmed the move. In the summer of 2005, Jurgen and Leanne and their three boys packed up all their belongings and moved to San Diego. On August 20th, 2005, C3 San Diego had its first service and an attendance of 50 people. In 2008, after many years of wanting a girl to add to the family, Jurgen and Leanne welcomed beautiful baby Zoe into the Matthesius clan. In 2011 the first permanent C3 San Diego location was built in the Carlsbad area of San Diego. C3 San Diego, now called Awaken Church, has 5 campuses across San Diego & Salt Lake City, Utah, and growing. With the journey in San Diego just starting, Jurgen and Leanne are confident in knowing that these days are only the beginnings of the amazing things that God wants to do in San Diego! 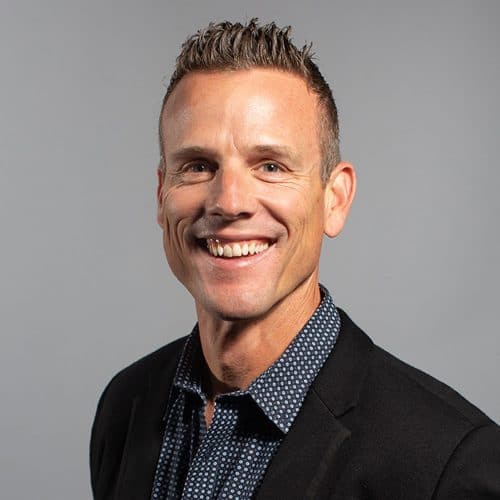 A graduate of UCLA, Jon has a heart and passion to see leaders raised up and equipped to go out and impact the Seven Pillars of Society. After college, Jon spent some time playing Professional Baseball in the Marlins Organization until a knee injury forced him towards a different path. He spent the next 10 years in the marketplace in commercial real estate and various start-up companies.

Now as the Business Executive & Balboa Campus Pastor at Awaken Church, Jon oversees all business activities at Awaken including building campaigns and projects as well as pastors Awaken's Balboa campus with his wife Becky. 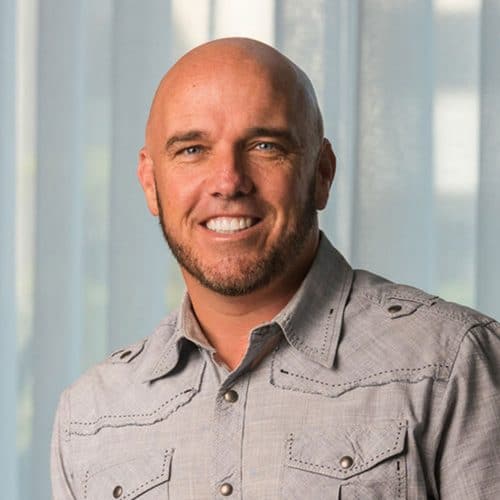 Growing up in the great Northwest state of Washington, Colin received a scholarship to play college soccer at Hawaii Pacific University. Majoring in Business Marketing, Colin’s life was forever shifted his senior year by an encounter with Jesus Christ. After spending 4 years in youth ministry and completing his Masters in Theology, Colin felt a clear call back into the marketplace.

In 2005, Colin pioneered Sustainable Interiors, Inc. which is now operating in 10 states and currently grossing over $50M in annual sales. Colin carries a passion to create wealth for the Kingdom of God and see Godly people and principles established in the marketplace. And called to develop leaders who impact every sphere of culture. Colin is a dynamic communicator and sought after event speaker and business trainer. 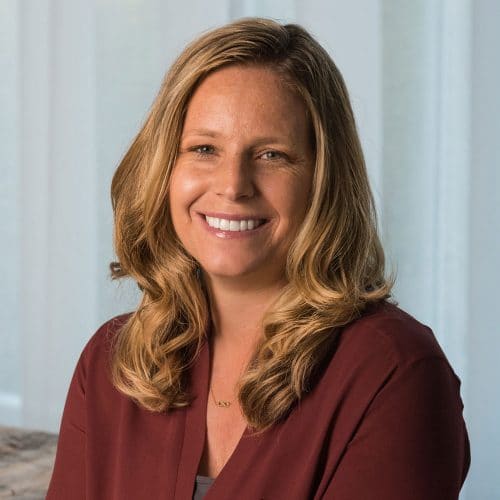 Growing up in the Northwest, Melissa graduated from Cornish College of the Arts with a degree in Dance. Colin would note Melissa as the greatest business partner he’s ever had, when it comes to Sustainable Interiors. Melissa has always been Colin’s sounding board for some of the biggest business decisions for Sustainable Interiors. Sustainable Interiors is continuously voted as one of the Top 100 Companies to work for because of the genuine relationships Melissa has helped grow within the company. Melissa also uses her gift of relational equity on the Pathfinders team, as she oversees the Pathfinders Sponsors Relations Team. 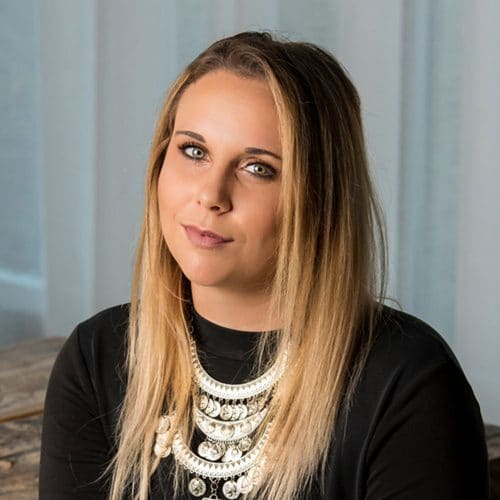 Born and raised in Sunny San Diego, Halle was first introduced to Awaken Church from an Instagram post by a long time friend. Halle attended their Balboa Campus, and has never looked back. She completed two years of Awaken Church’s Internship, but as that time was coming to an end, she took up a new job working with Colin Higginbottom. After only a few weeks of working with Colin, the creation of the Pathfinders Apprenticeship began. Halle was able to pair Colin’s and the team's large vision for the program, with her strength of execution to make this program a reality. As well as use her experience from the internship, of how this mastermind/ acceleration course should work. The Pathfinders Apprenticeship officially launched in January of 2018. In January 2019, the program expanded to two campuses. Colin, Melissa, Halle and the team are looking forward to having the Pathfinders Apprenticeship represented at each of our four San Diego campuses. 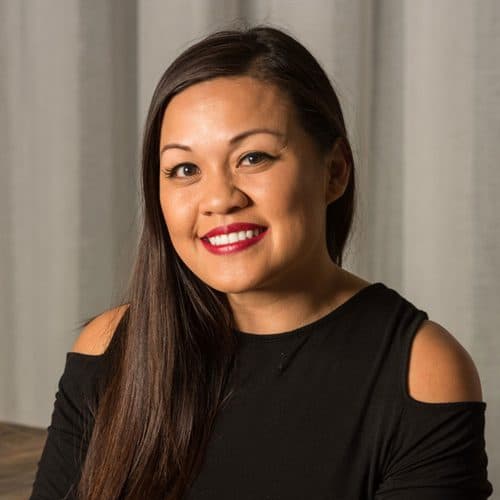 Growing up in Sunny San Diego, Tammy loves learning, traveling, business, and doing her part to make an impact in the world. Tammy is a senior at San Diego State University majoring in business with an emphasis on entrepreneurship. She is the Event coordinator and helps run different student programs at the Lavin Center for Entrepreneurship. Tammy has attended Awaken Church since 2010. She recently went through the 2-year Awaken Internship, and through the program discovered many of her gifts, passions, and God assignments. As a development intern, she had the opportunity to exercise her giftings in problem-solving and strategizing to help build the Internship to where there is steady growth every new intake. Tammy leads all of our Pathfinders events from location planning to day-of execution and reflection. Tammy is hugely passionate about being able to play a part in the growth of any organizations that she is involved with. She has been apart of the growth of the SDSU Lavin Entrepreneurship program, the California Entrepreneurship Educators Conference, Streets of Hope San Diego, Awaken Internship and Awaken Pathfinders. Tammy also loves people and making a difference. That is the driving force of everything she does. 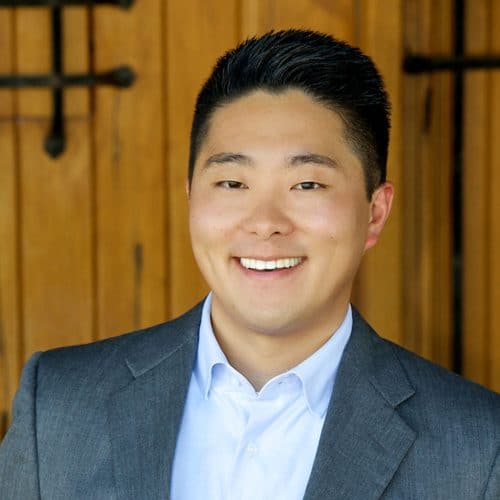 Born and raised in Colorado, Jeff graduated with a Business Marketing & Management degree from the University of Colorado. Jeff then followed his passion to serve others and built his customer service expertise from managing iconic luxury hotels in Las Vegas and Laguna Beach. In 2013, Jeff was in the process of buying property in San Diego and had the worst service experience. That experience propelled him into real estate to passionately satisfy the need for a fresh luxury real estate experience. Jeff is the CEO and Team Leader of the Kim Realty Group.
Jeff clearly understands his assignment to fund the Kingdom and multiply other marketplace leaders, visionaries, and wealth creators. 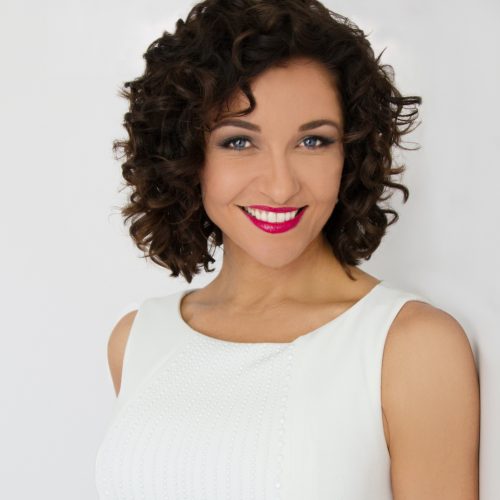 Alycia Darby Zimnoch is the host of "They're Gonna Love You" podcast and founder of Start Your Show. She helps personal brands and entrepreneurs create, launch and market their business online with their own podcast and youtube show to attract highly qualified clients, build influence, and convert with confidence.

Throughout her career, Alycia Zimnoch has been a commercial actress, international spokesperson, TV host, and Miss California. She's appeared on many major publications and shows including PopSugarTV and The Steve Harvey Show. Alycia grew her service-based business using video and carefully designed automation techniques. She has an Amazon bestselling book and YouTube channel with over 10,000 subscribers. Alycia is the Pathfinders marketing manager and producer of Pathfinder's Marketplace Minute.

Get Pathfinders Updates Sent Straight to Your Inbox